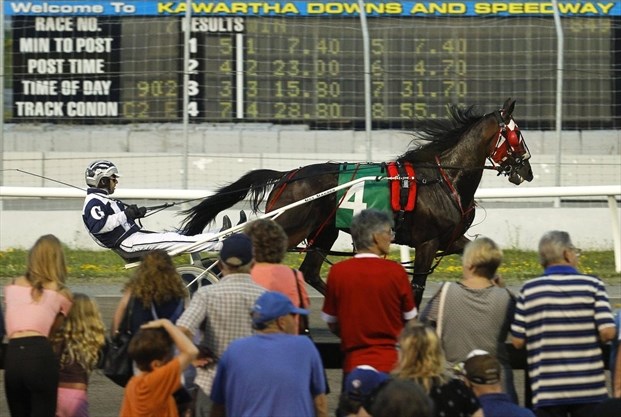 It took a little longer than Ontario’s 14 other race tracks but Kawartha Downs now has confirmed 2019 race dates.

The Alcohol and Gaming Corporation of Ontario (AGCO) confirmed Tuesday the Fraserville harness facility will get 21 races this season, three more than it’s had in recent years.

It announced dates for the other 14 race tracks in November with a provision that “Kawartha Downs has submitted proposed race dates to the OLG and Ontario Racing, which are currently undergoing review. A subsequent release will follow with the approved number of race dates and calendar.”

Kawartha Downs was the only track left without a funding agreement with the province when their previous agreement expired at the end of the 2018 season last fall.

Twelve tracks signed a 19-year funding agreement with the former Liberal government last spring, which coincided with restructuring of the province’s governance model under the newly formed Ontario Racing. The other two tracks to not sign the long-term agreement had two years remaining on their funding deals.

Kawartha Downs signed a two-year funding agreement with the new Progressive Conservative government in October providing them with $200,000 funding while allowing the facility to retain 150 slot machines originally expected to be lost when Great Canadian Gaming moved its operation from the Fraserville site to the new Shorelines Casino in Peterborough.

“The long-term funding agreement never contemplated tracks not being a part of Ontario Racing,” Valente said. “We came to a conclusion pretty quickly and we have racing dates.”

This year’s schedule will start on May 11, two weeks earlier than last year, and run for 21 consecutive weeks.

“We had that awkward week off that historically had been there because of the NASCAR series. There was no reason for that to be there so we’ve filled that hole and we start two weeks earlier,” Valente said.

He had applied for 40 races dates last year and received only 18. The $200,000 they received allowed them to add three further dates that Ontario Racing approved, he said. Races will remain on Saturday nights with a 7 p.m. post time.

“It’s a positive step forward and is consistent with what the local horse community has been asking for some time now which is an enhanced racing program in the Kawartha area,” he said.

Valente has managed the facility since it went into court-ordered receivership in May 2017. The 115-acre property went up for sale in November.

Ontario Lottery and Gaming has stated any sale of the property would not impact current agreements in place for slots or racing.